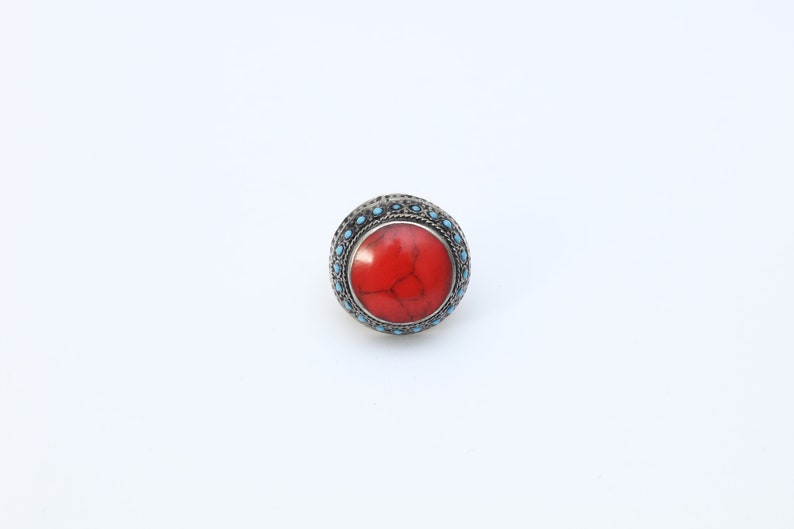 The word “turquoise” dates to the 17th century and is derived from the French turquois meaning “Turkish” because the mineral was first brought to Europe through Turkey, from mines in the historical Khorasan of Persia.

Turquoise have endeared it to many great cultures of antiquity: it has adorned the rulers of Ancient Egypt, the Aztecs, Persia, Mesopotamia, the Indus Valley, and to some extent in ancient China since at least the Shang Dynasty.

In many cultures of the Old and New Worlds, this gemstone has been esteemed for thousands of years as a holy stone, a bringer of good fortune or a talisman.

The vibrant and distinctive colors of the Turquoise crystal stone adds a pop of color to decorative facades of holy sites, including the Taj Mahal in India.

Despite being one of the oldest gems, probably first introduced to Europe (through Turkey) with other Silk Road novelties, turquoise did not become important as an ornamental stone in the West until the 14th century, following a decline in the Roman Catholic Church’s influence which allowed the use of turquoise in secular jewelry.

December has been blessed with not one or two, but three beautiful birthstones! Turquoise is probably the most widely available of the three gemstones, while Zircon and Tanzanite in particular are considered rarer and subsequently more expensive in comparison.

Turquoise is an opaque, relatively soft gemstone, formed within weathered rock containing copper minerals. Its famous turquoise color varies from intense sky blue through to duck egg blue or greener shades. Turquoise contains tiny little brown or black veins which are caused during formation by inclusions from nearby rock fragments.

Turquoise has been around for thousands of years, in fact it’s one of the earliest stones known to be used in jewelry, amulets and swords.

A Turquoise and gold bracelet was discovered among the mummified remains of the Egyptian Queen Zer (5500 B.C.), when her tomb was excavated in 1900.

Beads dating back to 5000 B.C. have been discovered in Iraq, and in ancient Iran, Turquoise was seen to adorn daggers, bowls and ornamental objects.

Today, Turquoise is mined chiefly in Iran, Afghanistan, China, Australia, Chile, Mexico, and in the US states of Arizona and Nevada.

In Western culture, turquoise is the traditional birthstone for those born in the month of December. It is also the gemstone of the 11th anniversary.


For the past few years, there are all kinds of dyed blue, white, pink, orange, red, etc., stone coming out of China that is labeled as stabilized turquoise. Some of it has copper or black colored lines (quot;fakequot; matrix) on the surface of it, most of this product is dyed magnesite or something of that sort, not turquoise at all.